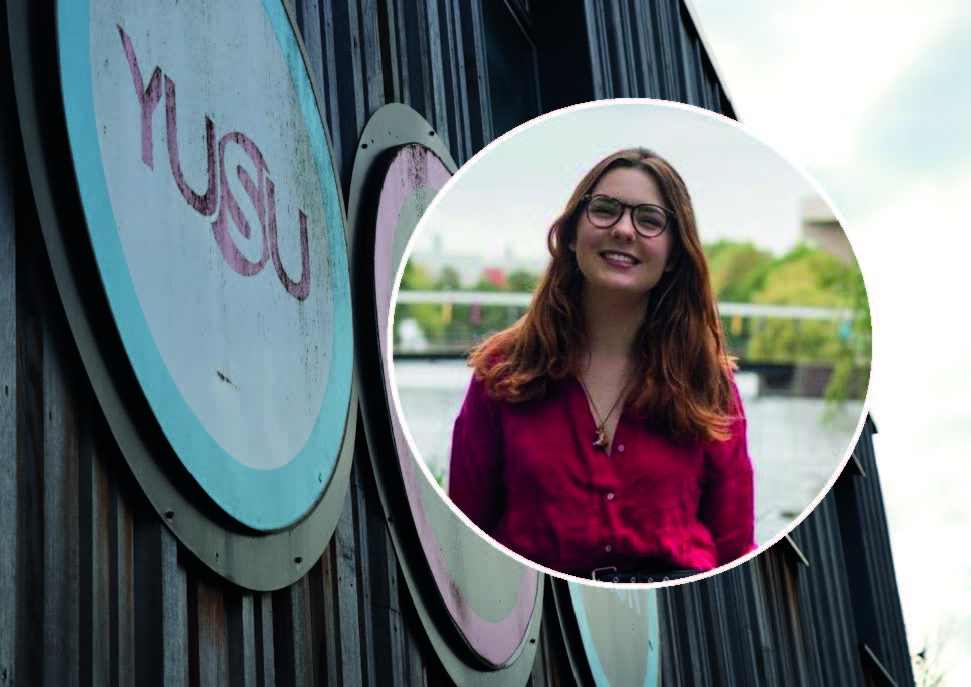 Steph Hayle is one of York’s most recognisable former sabbs. In her time as Community and Wellbeing Officer, Steph was elected twice, and brought in campaigns such as #RentRant and #Bustice.

A we sat down over Zoom, Steph really sold the role as the more interesting of all the sabbatical officers: “A lot of people just think it’s the wellbeing side, which is sort of addressing things like mental health and physical health… but a lot of it is about the community building elements”

“When I was in the role I brought in housing, and I brought in transport, all because I felt that they were elements that were being overlooked in terms of community”

The role of Community and Wellbeing certainly allows for a more far reaching impact on students, with the role all about welfare, support, and liberation, which Steph lived up to.

“I personally think Community and Wellbeing is the best role because you have more of an ability to make an impact that’s lasting than almost any other role.”

When asked about her stand-out moment, Steph spoke of her financial campaigning for disadvantaged students: “we restructured a huge proportion of scholarships, which opened up thousands of pounds worth more funding, and we put out a new fundraising campaign for Opportunity Awards, which is the scholarships for students from disadvantaged backgrounds”

“I was at this welcome event and a first year student came up to me and they said they were on the scholarship, and said ‘I’ve been made aware that I’m only at the University because of you – I got one of the scholarships that didn’t exist last year’.”

“It’s nice knowing I made an actual difference.”

However, a drawback of the role is a short time limit; with each sabb’s term being only one year long, and only being able to hold the position for two terms, it is rare they get to experience the changes they implemented.

When asked about this downside, Steph asserted: “I think that’s one of the biggest misconceptions in being a sabb is quick returns.”

“It’s a thankless role, because somebody else will take credit for everything you do. And that’s why I sort of stayed on for a second year because I could do extra work.”

Despite this being true, this should in no way prevent any interested candidates in running: ‘‘there are loads of different things within the role that will automatically involve you making a difference, but you’ve got to push it a little bit further if you really want to see the difference happen while you’re there.”

In regards to the day-to-day aspect of the role, no day is the same, something that is particularly appealing to the younger generation who do not want to be tied to a desk all day just yet.

“Every single day was completely different. You do have weekly meetings with the PTOs and the colleges, to go through and connect so people know what they’re doing, and everyone’s working together.”

“You have a lot of meetings with University senior management, going over anything from basic health and safety in the science department, which is the most boring thing I’ve ever done in my life.”

“And then the next day, you’re speaking in parliament.”

Steph’s impressive work with parliament proves just how much ability a sabb has to make real changes, and gives young people the opportunity to engage fully with UK politics: ‘‘a lot of it was just going and speaking to politicians and saying, hey, you’re really shit, you’re doing a terrible job. And these students are being absolutely shafted, because you won’t help them.”

“I was part of the all party parliamentary group of students, and I went and spoke there particularly on housing.”

With two successful election campaigns, Steph has plenty to offer in words of advice to the students who want what is arguably the most exciting role within YUSU.

“Do it. It doesn’t matter if you win, because the process of running itself is such a journey.”

“All the candidates who run give feedback on the process and people are like; actually, this was helpful, and it really boosted my confidence and it gave me the ability to speak in front of people in a way that I didn’t know.”

In regards to manifesto points: “I’d really like to see people put more of an emphasis into helping students migrate their work online, with a particular emphasis on activities, and keeping societies moving in new and interesting ways.”

“Because, when it comes to things like mental health, you’ve got to sort it at the root of the problem, and a huge part of that is isolation, so it’s going to be down to the setups to really help societies and sports and different academic groups to create those communities online.”

In ending the call, Steph reiterated a point that students have heard time and time again, but its importance will outlive us all: “please vote – people forget how much power a sabb has, and if they do a bad job, they can tank a union.”